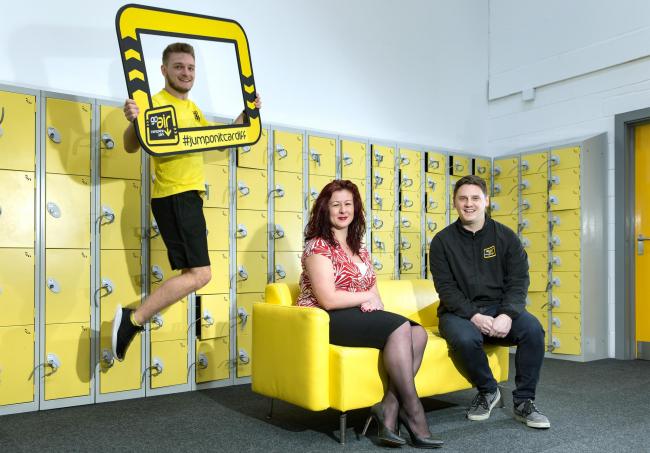 Manufacturer jumps ahead with new orders

A Caerphilly-based manufacturer of bespoke lockers has secured a number of new orders with entertainment and fitness company, Go Air Trampoline Parks.

Garran Lockers, which supplies multiple locations across the UK from high-end gyms to major retailers, says the deal forms part of Go Air’s expansion plans across the UK.

Go Air currently has operations in Manchester and Cardiff and will be opening in Swansea and Barnsley later in the year.

Liam Willetts, company investor at Go Air Trampoline Parks, said: “We launched our Cardiff site in November 2015 and the Manchester site in April this year in order to offer people of all ages and abilities the opportunity to get exercise while having fun.

“The Go Air concept is proving incredibly popular and we now plan to grow our business further across the UK with the Swansea site expected to open in the Summer and the Barsnley and Glasgow ones later in 2016.

“Garran Lockers was chosen as our supplier of choice for the sites because of its excellent customer service. Both the lockers and the service provided has been to an extremely high standard and we look forward to working with the business as we continue to expand.”

Carol Child who looks after internal sales at Garran Lockers, said: “This is such a fun project to be part of. The concept is great and we were able to supply Go Air with bespoke lockers that matched the company’s branding and could be easily installed where and when the company wanted.

“The lockers are made from anti-bacterial powder coated mild steel giving it a very long lifespan and are coin operated with wristbands so that you can lock up your belongings and keep jumping without having to worry about where you left the keys.”

The Garran lockers are designed and made in Caerphilly and then transported and installed by dedicated teams across the UK.

The lockers demonstrate several innovations including a fully bespoke design, anti-bacterial paint, an integrated sloping top as one unit and all steel lockers are welded together without the use of weaker riveted solutions.